Every year the Unlimited Off-Road Expo comes to Louisville, Kentucky and brings with it one of the largest gatherings of manufacturers and retails for all things off-road anywhere in the country. And it's not just UTVs on display - although we did have a pretty slick display of vehicles there - there are plenty trucks, buggies, and Jeeps at the event every year. SuperATV was well represented this year. You couldn't go too far without seeing someone sporting a SuperATV sticker on their vehicle or wearing a SuperATV T-shirt. If you looked a little closer you might've even seen a few lift kits, bumpers, and portal lifts around the show floor. [caption id="attachment_2124" align="aligncenter" width="487"] 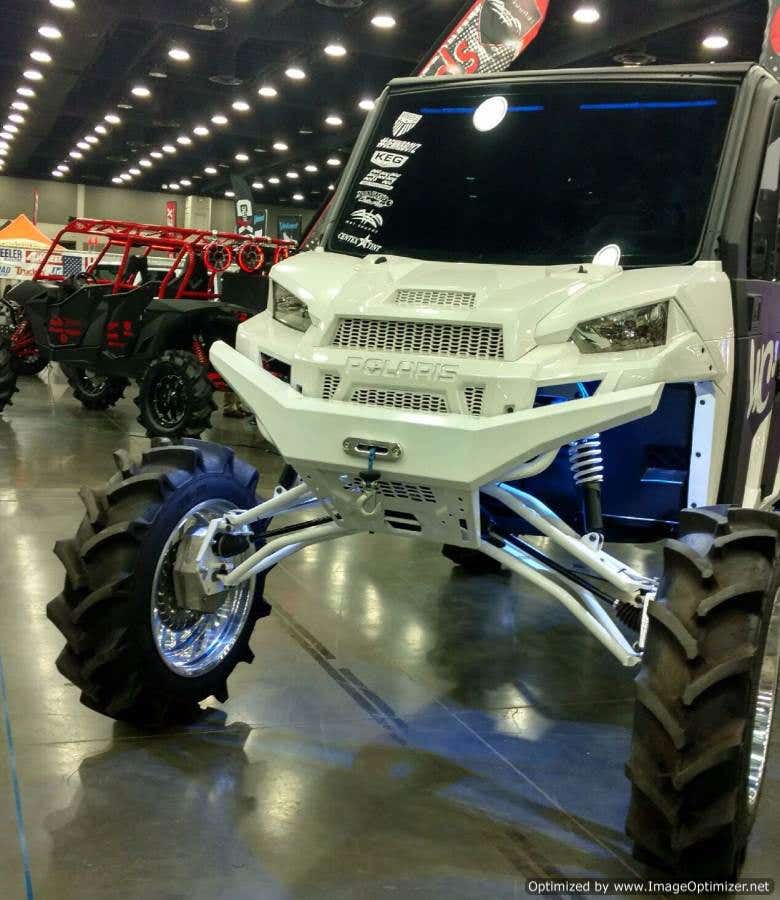 Check out the SuperATV lift kit on those Portals! I like the custom white backing plates![/caption]

The show gets bigger every year and this year we contributed a few items to the Live Build hosted by pro racer Jake Burkey. In the live build, Jake and his crew took parts contributed from a variety of manufacturers and installed them all onto an unmodified 2017 RZR Turbo. Busted Knuckle even grabbed some of the installation in action in a very laid-back live stream they ran on the day of the event. You can see our rear bumper being installed HERE. 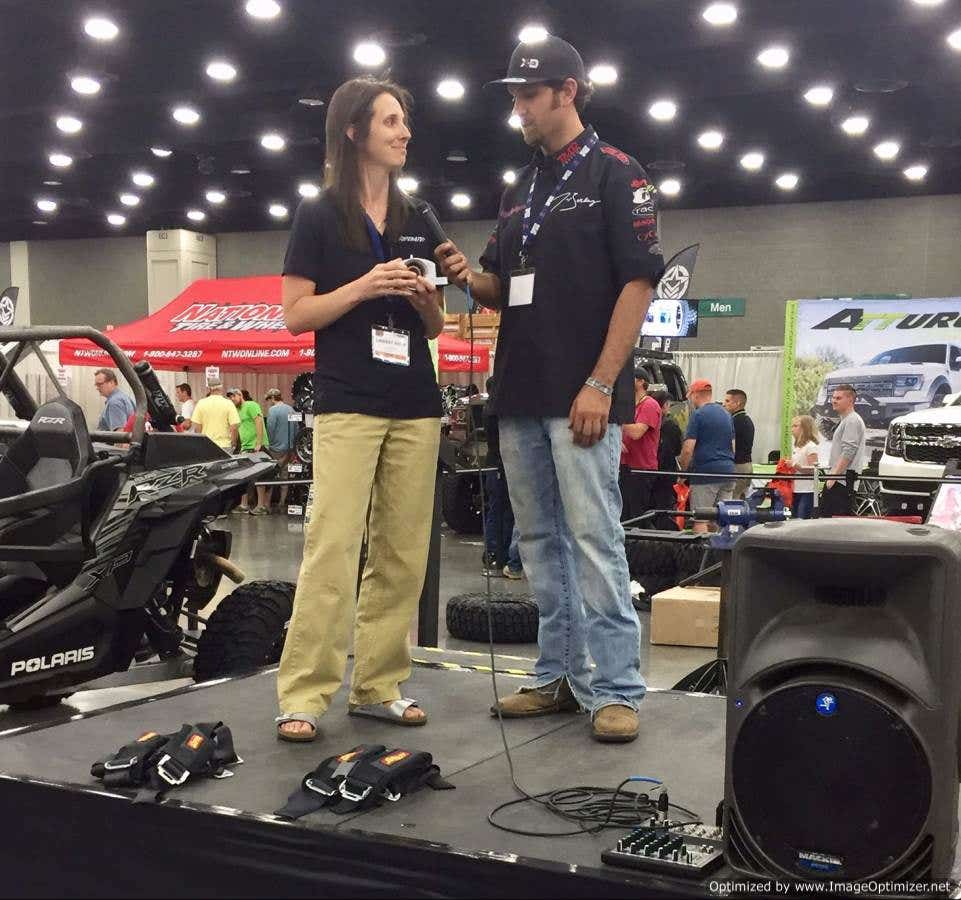 We also got to chat with Jake about some of the new stuff we have. You can take a look at that HERE. Like Lindsay says in the interview, our Rhino 2.0 axles are something special. We like to say they're strong, but everybody says that about every axle they sell. So I'll just tell you to look at this, (those are results from high-end testing equipment, not us hitting it with a hammer and guessing) and we can move on. We also take a closer look at our new Polaris Carrier Bearing. We think it's pretty cool and it certainly looks tough, but don't take our word for it; check out SlikRok Productions' impression of it. If you've got a RZR 1000 or Turbo you should go ahead and get one. You'll need one eventually anyway. Lindsay was also teasing our Handheld ECU Tuner. It'll make tuning your ECU easier than ever. But we'll have more on that soon...

We try to bring a nice set of machines to any event we can make it to and Unlimited Off-Road was no exception. We filled our booth with a 2017 RZR Turbo sporting our full wrap-around Protection Kit, a 2017 Ranger Fullsize XP 1000 with our full cab enclosure, and, of course, Bad Blood. If you were at the expo, chances are you also saw  Depth Finder parked by the front entrance in all its grandeur. It's a huge, imposing machine that looks awesome. There was no better place for it than right up front. 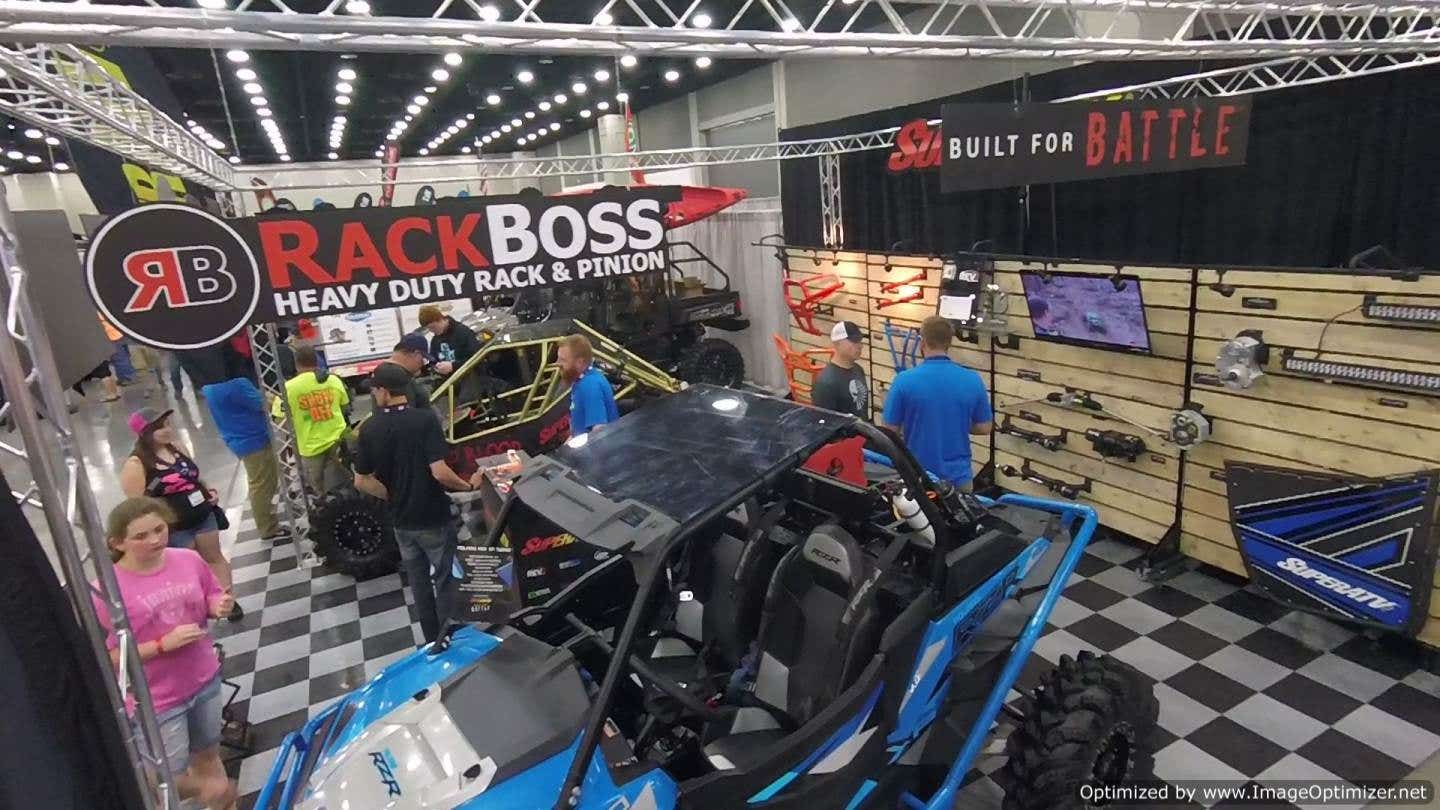 By the end of the event, we were running low on just about everything that we brought, like that Polaris Bearing Carrier I mentioned earlier. We also couldn't keep up with shirts. We love selling shirts. It shows how many true fans we have out there. I bet you'll be able to find somebody with SuperATV shirt anywhere in the country soon. And when that time comes, you'll know you have friends wherever you are. A lot of you were curious about that full, wrap-around protection kit we were showing off for RZR 1000s and Turbos. It's the first of its kind for RZRs so I'll give you the quick rundown. The full protection kit is made up of 6 pieces: a front bumper, rear, bumper, left and right nerf bars, and 4 extra bars that run over the front and rear wheel wells. The nerf bars bolt directly to the frame, and when the full thing is installed it acts like one complete piece even though there is no welding required. 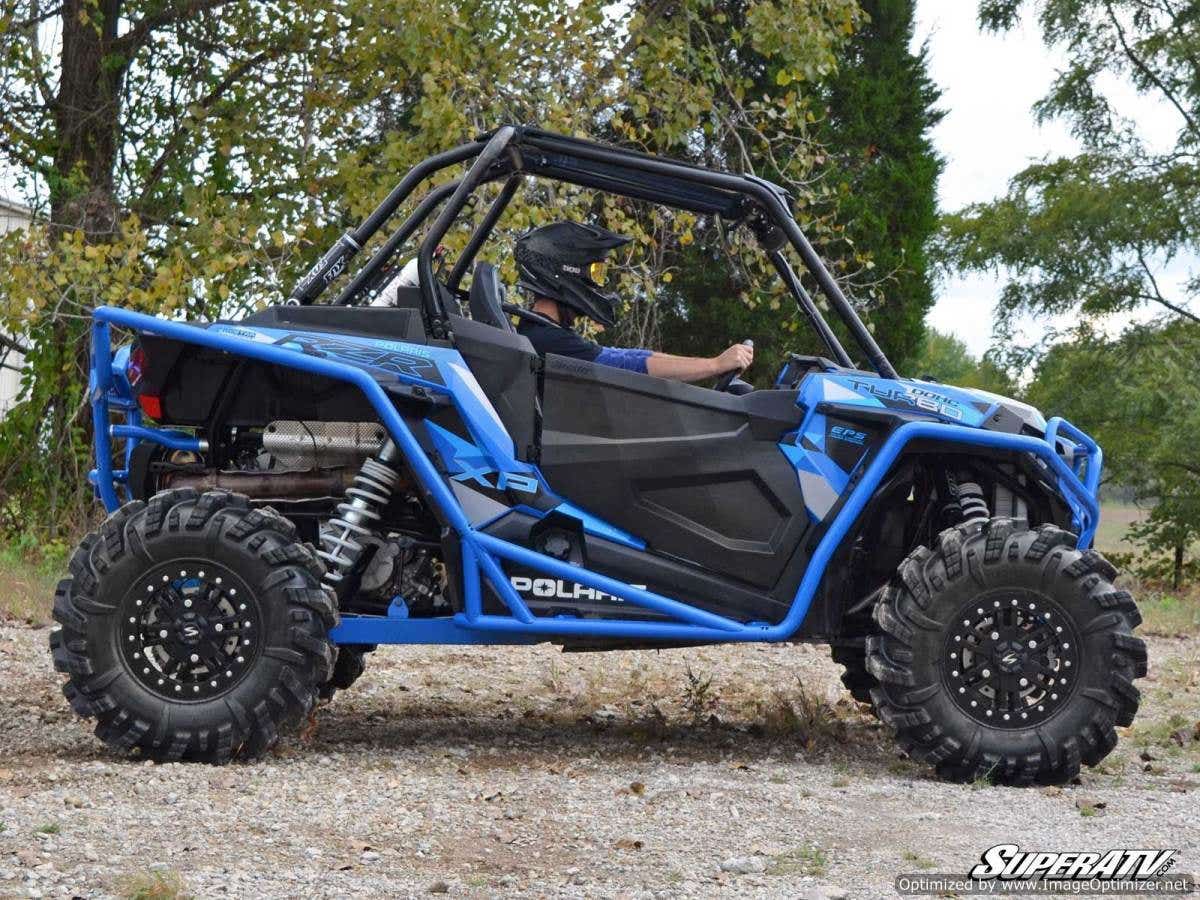 When we tested this thing we stopped short of slamming into trees at full speed, but I can tell you that it's incredibly solid. If you get one, just find the biggest person you know to jump on it. I guarantee you'll bottom out the suspension without so much as a rattle from the kit. You can buy the whole thing in one go or you can get it piecemeal if you already have our bumpers or if you just want to spread it over a few paychecks.

The Unlimited Off-Road Expo was a great event as always. And also as always, we have to thank each and every one of you that came to see us last weekend. It's such a great event that covers every aspect of off-roading so there's something for everybody. We hope to see you again next year! In the meantime, check out our boots-on-the-ground recap of the event below! [youtube https://www.youtube.com/watch?v=oBvkSYQ7pus?ecver=1]
superatv bearing carrier bumper SuperATV bumper Unlimited Off-road Unlimited off-road expo